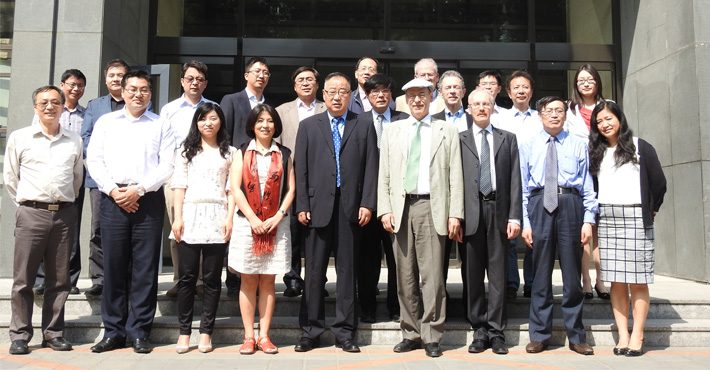 Initiated in 2006, launched in 2011, IRG Project worked as an international platform for integration of scientific research, information exchange, training and education, engaged many leading scientists and institutions in the field of risk research, management and practice. With the supporting from Chinese government, this Chinese scientists leading international project has been very fruitful. Its research results, such as disaster cascade effect of large-scale disaster, risk governance in green economy, risk regionalization for adaption to climate change, have attracted worldwide attention.

During this workshop, researchers reviewed and discussed the new 5-year scientific and implementation plan of IRG project, with 5 main themes, namely:

It was agreed by our participants that, under the background of the increasing complexity of new integrated large-scale disaster, consilience concept will be an essential idea for multi-disciplinary and quantitative research in risk governance, with science as base, computer modeling as mean. In the next 5 years, IRG Project will:

With total acknowledgement of Future Earth’s idea of co-design and co-production, IRG project will cooperate with United Nations, governments, transnational corporations, to study the role and responsibilities of governments in risk governance of large-scale disasters, incentive mechanisms for better engagement of corporations, and provide scientific guidance for governments’ capacity building on large-scale disaster risk governance around the world.